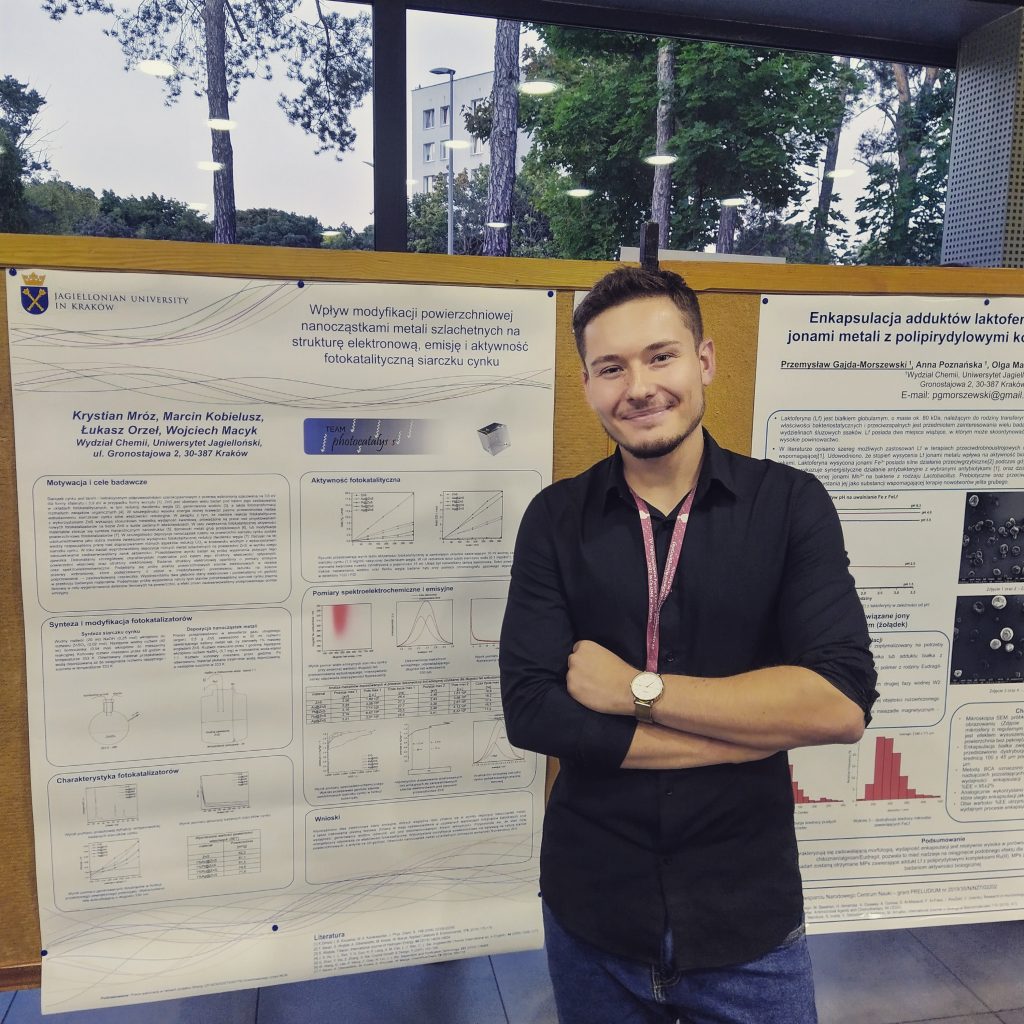 Krystian Mróz is a member of the Team of Photocatalysis which is a part of the Group of Coordination and Bioinorganic Physicochemistry at the Faculty of Chemistry at Jagiellonian University since 2016. In the period of 2017-2020, he was the contractor in TEAM project named “In quest of a more efficient quantum solar energy exploitation in energy downhill and uphill photocatalytic processes (INGENIOUS)” financed by the Foundation for Polish Science. In 2020, he defended his master’s thesis entitled  „Photocatalytic CO2 reduction on metal sulfides” and starts his PhD at Jagiellonian University Doctoral School of Exact and Natural Sciences in the field of Chemistry. Since 2020 the contractor in SHENG 1 project named „Photocatalytic reduction of carbon dioxide based on p-type semiconductors” financed by the National Science Centre.

Owner the title of electrician technician.

He spends his free time running and playing video games.